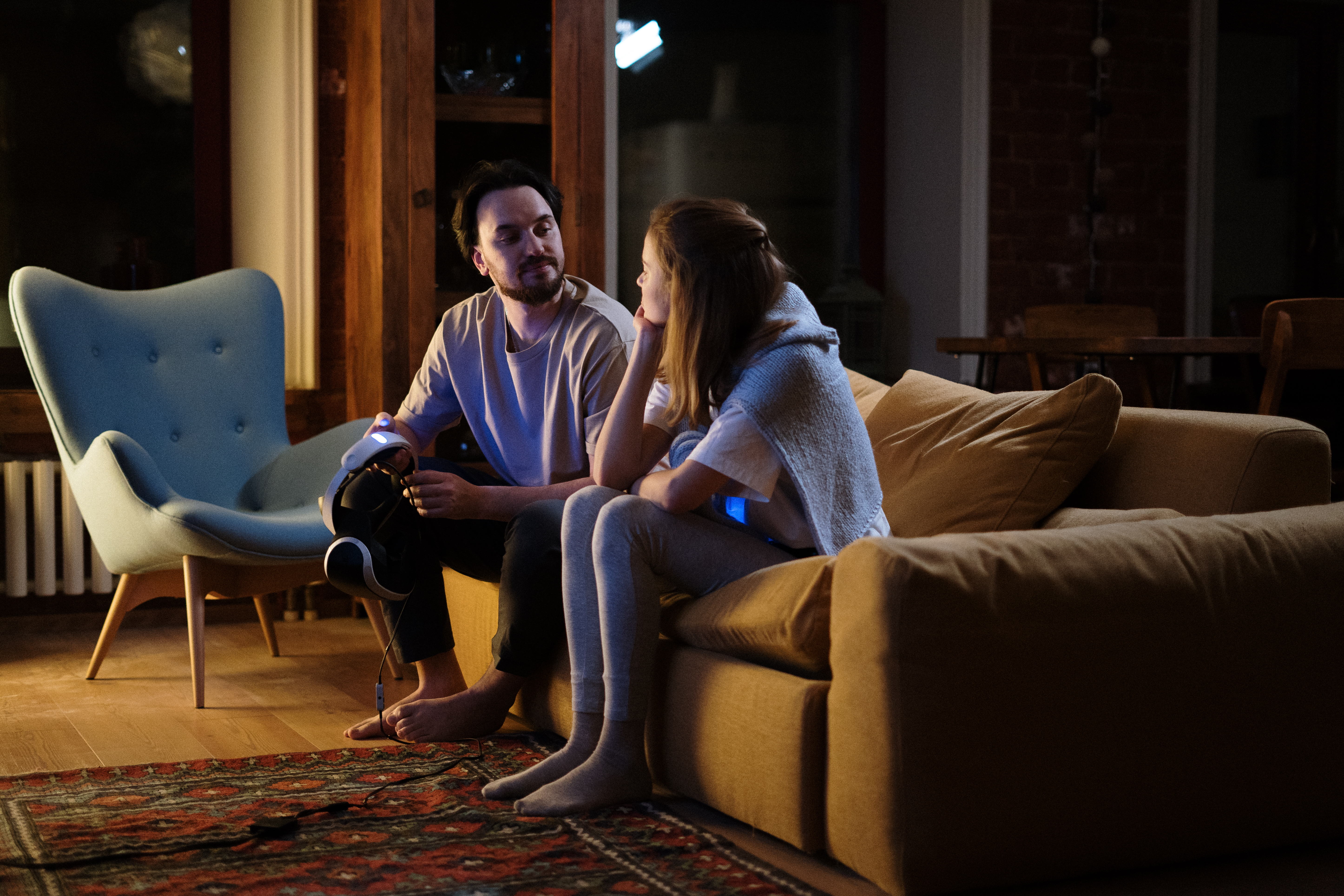 Have the old scars in your life completely healed? Still healthy or far from healing? Do you look nervous when the idea of ​​a particular incident rears its ugly head?

The truth is, unless you act, there will always be a negative or positive reaction. Many times, it is therapeutic to delve into the archives of your life and excavate one or more torturous experiences with the purpose of reexamining and closing them for good. That is why, after over 34 years, I am going back to my high school days to open an amazing can of stink worms.

In Form 4 (high school), I was treasurer for my school’s Literary and Debate Society. Our annual party was held on a Saturday and was a great success. I was scheduled to meet with the president, vice president, and secretary of the Literary and Debate Society the following Sunday to go over finances and other matters. It was supposed to be a short meeting. A popular student, GE, was the president. Most likely AA was the vice president, or the third guy, whose name and face I can’t remember. They were all male seniors.

The following Sunday, around 8 pm, I walked up the stairs to his Upper Six classroom. I did not know that I was facing an event that would change my life. There were students reading in the classroom, and one boy in particular sat behind the teacher’s desk with his eyes and ears supposedly buried in his books. In the corner of the classroom, a few feet from the teacher’s desk, was a small storage room called a cubicle. It existed in certain classrooms of the school. This one in particular was transformed into a reading oasis with two desks and chairs. It was here that one of the officers accompanied me to our meeting so as not to distract those who were reading. I sat down in a chair by the door. The boys sat behind the desks. Our meeting ended in less than 20 minutes. I showed them the financial record, we discussed a few things, and it was time to go back to my hostel before the lights went out. I walked out of the cubicle into the classroom and saw the stealth eyes of the same student behind the teacher’s desk. I dismissed his gaze and continued on my way.

Five days later, on a beautiful Friday morning, some students greeted me with warnings that my name was appearing in a very damaging headline on the Press Club notice board. (Back then, the Press Club was a group of faceless students who wrote about untidy students. They backed up their stories with despicable cartoons and stories on their subject. Sometimes, they used their cowardly pens to fabricate and solve personal vendettas against other students. No they did. report to a higher authority, hence the occasional abuse of their freedom of written expression).

I was wondering what they were talking about until I came face to face with the bulletin board and saw in bold: “Did Esohe Oyairo [my maiden name] taste the forbidden fruit? Check all the details on Monday morning. “I froze in shock. What? How? Who? Why? Is this a bad dream? What’s going on?” Forbidden fruit? “These questions kept echoing in my mind. I was dizzy With confusion. Unbridled tears began to flow. I knew my life at school would never be the same again. During that weekend, I begged the ground to open up and swallow me. “He refused. At the same time, I kept looking for anyone who knew at least one of the faceless members of the Press Club. My efforts proved futile.

On Monday morning, the article went as promised. It was full of gory details accompanied by vulgar caricatures that even today provoke chills. My good name was drenched and stained with cruel lies written by a faceless monster. I wondered why. Who did this to me? Who?

The article detailed how GE, AA, the other guy, and I had consensual sex in the cubicle. They all took turns with me, and the writer could hear me say, “I’m tired, I’m tired,” but GE kept saying, “Just one more round, just one more round.” The writer talked about how, when they finished with me, I dressed like nothing and walked out of the classroom like a peacock.

I couldn’t believe my eyes. I kept pinching myself to make sure I wasn’t dreaming. Can you imagine what he was going through, considering how painfully shy he was back then? The principal, Mr. Udofia, called me into his office and told me that I would be expelled from school if the article was true. I remember the terror in my eyes when I told him with tears in my eye sockets, “Sir, I have never been with a child before and I am ready to go to any hospital to get a virginity test.” I was fighting for my life. He said that he had already spoken to the boys in question and they questioned the article. He promised to ask the Press Club to investigate and remove it. The sad thing is, even though he never called me into his office, he didn’t order them to write the story.

In fact, it stayed on the bulletin board for over a week. I wondered then and still wonder what was fueling this mischief. Unfortunately, two members of the Press Club broke their code of silence and revealed some of their confidential discussions, as well as the brains behind the article.

Remember the guy sitting behind the teacher’s desk in the Upper Six classroom pretending to be buried in his books? Yes, it was him, Judge Jonusa. A tall, slim, dark guy with a weird haircut, haunting cough, and a very strange aura. I still cannot understand why Justice slapped me with such injustice for inventing something out of nothing.

My reputation was shattered. Some students and classmates whispered “Forbidden Fruit” to me. Life at school became unbearable. I retreated into a very traumatic shell and, at the same time, I became a shell of my old self. My academic performance was also clouded. It seemed that no one cared. The director failed me! Members of the Press Club failed me! The system failed me! I couldn’t even tell my parents what was going on. Where to start? Second, he was 261 miles away in a boarding school.

This stigma haunted me until I went to college a year later. I was too happy to start a new life free from false accusations. In my sophomore year, I went back to my high school for an event. Guess what? Someone at the children’s shelter yelled at the top of their lungs: “Forbidden fruit.” I kept walking as if I hadn’t heard him, but my heart beat several times and a shower of shame washed over me.

I think it was during the second semester of my sophomore year in college that I started taking a shortcut after classes at the university hospital. From the window that overlooks the narrow path, I could see the patients admitted to a particular ward of the hospital. He always looked at the patients every time he passed by. Most of them seemed lost in space. One day my gaze caught the attention of a new patient whose bed was directly next to the window. I stopped in disbelief. My heart began to race. Our eyes met briefly and then I ran as fast as I could. Guess who it was? Justice Jonusa! I didn’t know it then, but that room was called B1. It was for psychiatric patients. Jonusa was mentally ill.

The next day I looked at it correctly. He was lying on the bed staring into space. His eyes were blank. I was in another realm. Frankly speaking, she had no compassion for him. How could I not? He was angry, very angry! The arrows that his malicious act lodged in my heart revived and began to prick me mercilessly. If I had had the courage, I would have opened the door of my mouth and many “forbidden” words would have rained down on it. Fortunately, I settled for a look that I hoped would say a lot.

I kept seeing Jonusa most of the times I took the shortcut. Our gazes met on a few occasions followed by piercing silence until I passed by. One day, I noticed that his bed was empty. The next three times, it was still empty. I wondered if he had recovered or if he had been transferred. Later I learned the sad truth: Jonusa was dead.

Oddly enough, this time my heart was filled with sympathy. Disdain melted almost immediately. I realized that Jonusa was a victim like me. As his pen declared Armageddon to me, he was battling a mental monster in his personal life. Nobody recognized it. Like me, the director failed him. The Press Club failed him. The system failed him big time.

Only recently did I begin to marvel at this story. Who would have thought that he would end up in the same university with Jonusa? Why when I decided to take a shortcut, did I see it in the psych ward? What about silent encounters? Did you want to tell me something? Should I have spread at least one olive branch with a smile? How did I see his last days? How and why? Only God knows. May your soul rest in perfect peace.

I thank God that he has cured me of this bad experience. Who knows, maybe Jonusa was hearing voices and just freaking out back then in high school. Whatever the case, I thank God it’s over and life goes on. May all who suffer from mental illness receive the necessary help and healing, in the name of Jesus.

I urge those who are caring for one wound or the other to look at their pain from another angle. What if the perpetrator has unimaginable problems? After all, hurt people hurt others. Right? As painful as it may sound, forgiveness is the best option. Free one from the cell of bitterness, anger and hatred. Is not easy. Once a decision is made and implemented, the relief is golden. I pray by the grace of God that we find it in our hearts to truly forgive those who caused us pain.